Blog - Latest News
You are here: Home / Don’t rely on Google – invest in languages to grow your business...
0shares 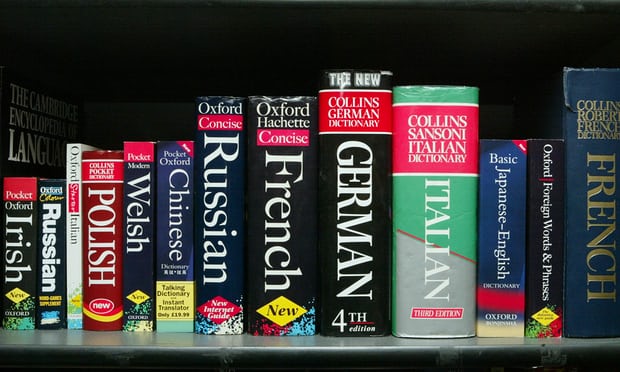 ‘Google doesn’t always have the nuances necessary for correct translation.’ Photograph: Graham Turner for the Guardian’

It’s easy to feel intimidated by the prospect of selling in another language. According to research from the British Council, around three-quarters of British people don’t speak another language well enough to have a basic conversation, let alone sell a product or negotiate a deal. But it’s well worth getting over that language barrier. A recent report from the Department of Business, Innovation and Skills (BIS) found that the UK is losing out on an incredible £48bn a year in lost exports as a direct result of its lack of language skills.

“A lot of SMEs see languages as a cost and it’s absolutely not a cost, it’s an investment,” says Roy Allkin, co-founder of translation company Wolfestone. “We need to change the perceptions that the language barrier is too big to get over, that it’s too difficult to compete with native speakers and that ultimately, everyone out there speaks English – which is absolutely untrue.”

A problem you’re likely to encounter when exporting is getting documents translated – everything from customs forms to your website content. But there are plenty of options. If you don’t want to spend a lot of money initially, or you’re just testing the water in a new country, you could try using students and people on work experience to translate simple texts, as Neil Westwood, co-founder of Magic Whiteboard, has done. Exports currently make up around 20% of their sales, to countries as diverse as Japan, Romania and Mexico.

“We got a lad on work experience from Germany, and he translated our webpage into German for £700,” he says. “We were smaller back then, and we were experimenting with these markets, so we wanted it done cheaply. A Peruvian student I met when I visited my old university, Canterbury, did it in Spanish for £500. We get a lot more enquiries from these markets now.”

Google Translate is free, of course, but it doesn’t always have the nuances necessary for correct translation, says Richard Brooks, founder of translation company K International. “It’s hard enough to find the right words in English if you’re not a communications expert – and expecting a computer to do it might be an expectation too far.”

Westwood found this out when he translated his business cards into Japanese using Google Translate and presented them at a trade show in Tokyo. “I translated ‘clings using static’ as that’s what our products do, and that didn’t translate very well, apparently. They looked puzzled and said ‘who have you got to do this?’ Luckily, we turned it into a laugh, saying we were crazy English people.”

It’s important to remember that just being able to speak a language doesn’t qualify a person – or a computer – to translate it accurately. Relying on the cheapest methods could prove a false economy, particularly when there’s a lot at stake and you need an expert not just in a language, but also in a specific area such as contract law, software development or HR. The next step up is to use a freelance translator or translation agency – but still make sure you check both their credentials and experience. “There’s a common misconception that anyone who can speak more than one language can translate,” says Karin Nielsen, founder of Fluently, an online marketplace which connects companies directly with translators with relevant experience.

“A real translator has six years’ worth of academia behind them to back up their skills. Translating is not easy and that’s why all the translators on our platform have professional translation qualifications. In addition to that, a lot of them have extra qualifications – so we have lawyers, HR people, developers, people with technical knowledge. In order for a translation to be really good, the translator has to have a really good understanding of not just the subject matter but also the brand that they are translating for.”

There’s help available from UK Trade and Investment (UKTI), which runs the Postgraduates for International Business scheme. This matches postgraduates with language skills who are currently at university with companies who need their skills on a temporary basis. It’s up to the company to specify what help it needs, which could be anything from selling over the phone in a different language to emailing clients or internationalising websites.

UKTI can also assist with more general cultural understanding, which goes hand in hand with language skills. Emma Sheldon is group marketing director of health products company Vernacare, which is currently enjoying success in the Singapore market and is looking to expand further into Asia. A UKTI language and cultural representative came in to look at Vernacare’s business strategy and advise on communication and business etiquette – which can be very different in Asian countries. “For example, the number four is unlucky in China, so just by having that on your phone number you could be putting yourself at a disadvantage,” says Sheldon. “People might not want to ring it.”

Although he only speaks English, Howden’s partner Jess Morteln is a native German speaker who also speaks Spanish.“We’ve always wanted to export and I don’t believe that as a startup we could have done it without one of us having other languages,” he says.

Sheldon agrees. “When the company is looking to enter a new market, Vernacare will use agencies for interpreting during trips abroad and translating, until there’s a permanent need,” she explains. “Once we know we’re entering those markets, then we start to think about getting multilingual sales and marketing staff who can support us in translation, order taking and suchlike.”

And don’t be afraid to have a go yourself when you meet people face-to-face. “If you can say please and thank you and order a beer, people think you’ve made the effort,” says Allkin. “We think everybody speaks English but it goes both ways – there’s an opinion out there that nobody in the UK bothers to learn languages as we’re arrogant and we think everyone speaks English. Knowing a few words yourself can absolutely make the difference.”

Sign up to become a member of the Guardian Small Business Network here for more advice, insight and best practice direct to your inbox.

… we have a small favour to ask. More people are reading the Guardian than ever but advertising revenues across the media are falling fast. And unlike many news organisations, we haven’t put up a paywall – we want to keep our journalism as open as we can. So you can see why we need to ask for your help. The Guardian’s independent, investigative journalism takes a lot of time, money and hard work to produce. But we do it because we believe our perspective matters – because it might well be your perspective, too.

I appreciate there not being a paywall: it is more democratic for the media to be available for all and not a commodity to be purchased by a few. I’m happy to make a contribution so others with less means still have access to information. Thomasine F-R.

If everyone who reads our reporting, who likes it, helps to support it, our future would be much more secure.

Localizability and world-readiness for software Language Can Transform Your Brand From Bates Motel To Ritz-Carlton
0shares
We use cookies to give you the best experience on our website. By continuing to use this website, you consent to our use of these cookies.ContinueRead more