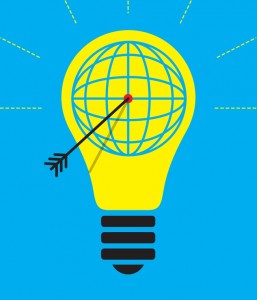 When marketers take their brand positioning and messages global, a lot can be lost in translation. Although brands are thinking and behaving more globally than ever before, due to the connective tissue of digital, many are still repurposing communications for different geographies and cultures at the executional phase or with mere language translation.

However, as content becomes more portable, we must place a stronger emphasis on context, by strategically and creatively adapting communications and content for cultural relevance.

The same sharing pathways that made “What Does the Fox Say?” a global viral hit in 2013 can give consumers insight into how brands present themselves to different consumers across markets, which can pose an authenticity threat to marketers trying to create a consistent brand identity. After all, if you tell one story to a teenager in New York and a different story to a businesswoman in Shanghai, which of those stories can really be trusted?

To get to creative ideas that can live globally, advertisers can borrow from social psychology, which recognizes core variations between cultures that can help us understand what different people value, how they prefer to be communicated with and what cultural tensions can be tapped to create compelling stories. One framework for understanding these variations is social psychologist, professor and former IBM employee Geert Hofstede’s cultural dimensions theory, which lays out a set of cultural variables that can give insight into adjustments that can be made to bring a creative idea to life across cultures.

Here are four of those variables and how they can be applied to strategically adapt campaigns for audiences around the world.

Individualism vs. collectivism: Ads in individualist countries often celebrate people who achieve great things on their own or emphasize the importance of the individual over the group, while collectivist countries emphasize progressing together. A prime example of this dimension at play in global advertising can be found in Dove’s “Real Beauty” campaign. Unlike its “Sketches” execution in the U.S., which asked women to see the beauty in themselves, Dove ran a series of print ads in China, a market more oriented toward collectivism, that featured pregnant women with their bellies intricately covered in calligraphy with questions for society as a whole—”If you knew I’d grow up to weigh 140 jin [154 pounds], would I still be your baby?” The reemphasis of the creative idea prevents it from being only about the individual.

Being vs. doing orientation: In doing-oriented cultures, there’s a strong tension between being successful and enjoying life that advertisers often leverage to create desirability for their products. When Johnnie Walker brought its iconic “Keep Walking” campaign, which features ideas about progress and success, to Brazil—a culture less focused on personal achievement and progress than the U.S. and Western Europe—the image used was not of an ambitious young man, but rather the nation as a whole. Johnnie Walker avoided the stigma against careerism and ambition that can be present in cultures more oriented toward “being” than “doing.”

High context vs. low context: This describes communication between people, and how much meaning is carried tacitly by their relationship or context to an ad’s theme or subject. In high-context cultures (e.g., Japan and Korea), sensitive subjects like conflict or sex must be dealt with less directly. This becomes clear when you look at brands that use sex to sell in markets where context is higher—brands like Axe/Lynx dial down the overt sexuality and dial up the subtext of their branding in order to maintain respectability in markets that appreciate subtlety.

Uncertainty avoidance: High-uncertainty avoidance cultures often emphasize the risks of not using a product versus the possibilities of using it. This dynamic can be seen with Airbnb’s first few forays into advertising under the “Belong Anywhere” campaign. The first spot, called “Views,” is very much about possibilities, evoking the many views you might see from the window of your Airbnb rental. The second spot, “Welcome to Airbnb,” is much more explicit about the rental process, describing the steps a renter undergoes to find the perfect rental at the perfect price.

Each ad performs a clear role in the overall idea. The first speaks about possibilities to people who are comfortable with uncertainty, and the second speaks about realities to people who fear it, all under the same overall idea of belonging anywhere. Portugal, Greece and Japan are a few examples of countries that are highly avoidant of uncertainty. Singapore, Scandinavia, and Hong Kong are a few examples of regions more tolerant of uncertainty.

By tapping into these truths, and combining them with social listening to cultural cues, we can evaluate and develop communications and content that resonate across cultures.

Only then will the world be ours.

What the World Will Speak in 2115 6 Key Steps to Global (Marketing) Domination
0shares
We use cookies to give you the best experience on our website. By continuing to use this website, you consent to our use of these cookies.ContinueRead more