Your temperament may fuel your dislike of typos and grammar errors. 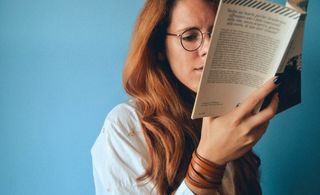 Call me picky, but typos and grammar mistakes bother me. I might judge you — just a little bit — if there are a lot of them in your email or online dating profile.

Turns out, I’m not alone in this. And according to a recent study, being a grammar stickler may have something to do with my introversion.

The study, conducted by linguists at the University of Michigan, found that introverts were more likely to be annoyed by typos and grammatical mistakes than extroverts. And, interestingly, we don’t want to live with the people who commit these errors, either. (More about that later.)

First, let’s take a closer look at the study, then we’ll explore why introverts might be the ultimate grammar sticklers.

Linguists Julie Boland and Robin Queen showed people some emails. These emails were supposed to be responses to an advertisement looking for a roommate. Some of the emails were perfectly well written, while others had some typos and grammos. A “grammo” is a mistake involving knowledge of the rules of language, like substituting “their” for “there.” A typo is a little more innocent — it’s hitting the wrong key on the keyboard and, for instance, producing “teh” instead of “the.”

The participants, all 80 of them, were Americans who came from a range of backgrounds and were of various ages.

The researchers also had participants fill out questionnaires about their own personalities, based on the Big Five traits — openness, conscientiousness, extroversion, agreeableness, and neuroticism.

The results? Introverts were more likely than extroverts to rate people as poor roommates if their grammar or spelling was bad — and therefore didn’t want to live with them.

There were a few other findings, but for the most part, it’s what you’d expect: Agreeable people didn’t mind grammos. Conscientious people saw typos as a real problem. Oddly, levels of neuroticism didn’t predict any kind of bias toward proper grammar.

The study also found that the second group of people — those who scored lower in agreeableness — were bothered by mistakes as well. People who are agreeable are generally kind, sympathetic, cooperative, and considerate. People who score low in agreeableness are the opposite; they lack empathy and put their own interests above those of others.

So it makes sense that people who are disagreeable — whether they’re introverted or extroverted — would judge others for their mistakes.

Why Do Mistakes Bother Introverts?

But introverts aren’t necessarily disagreeable. So why do grammar mistakes and typos bother them?

The finding about introversion surprised the researchers. Robin Queen told the Guardian, “We hadn’t quite anticipated that introversion would have the effect it did.”

Queen is a linguist, not a personality expert, so she’s not certain why introverts are more bothered by mistakes. But she hypothesizes that it has to do with introverts being more sensitive to variability. Variations from the norm — like spelling and grammar mistakes — require extra processing, which increases arousal.

Introverts are already walking around in a hyper-aroused state. They’re prone to overstimulation and overwhelm, as well as social burnout, a.k.a. the introvert hangover. So processing a mistake can heighten their arousal just a little and put introverts in an uncomfortable place.

“Maybe there’s something about extroverts that makes them less bothered by it,” Queen explained. “Extroverts enjoy variability and engaging with people. They find that energizing. This could be an indirect manifestation of that.”

The results of the study made sense to me, but I was curious if it would resonate with other introverts. So I asked Introvert, Dear’s Facebook group of over 80,000 introverts if typos and grammar mistakes bothered them. Yes, many of them resoundingly answered.

“Are you kidding?” one member, Margaret, wrote. “I’m the original ‘grammar nazi.’”

Adam wrote, “I can spot a typo/grammo/spello (yeah, I just made up a word, what of it?) from a thousand yards. It drives most people nuts, but I apologize for nothing.”

Finally, Mark wrote, “I find that when I read something with bad punctuation or the wrong form of a word, it totally disrupts my reading, and it feels like I just tripped over a crack in the sidewalk.”

But the final proof came when one dissenting voice said she “could care less.” Another group member quickly corrected her grammar to “couldn’t care less” and added, “Sorry, I just had to!”

Are introverts picky about grammar? Apparently so.

This post originally appeared on the blog, Introvert, Dear.

We’ve come a long way. Among the leading global brands, 30 languages is just “average.” Most of the websites in the top 25 list passed 30 languages quite a while ago, such as the world’s dictionary, Wikipedia. I rely on this resource at least once a week, and many millions of others do as well. The website is austerely designed, mobile friendly, and supports more than 280 languages. And because Wikipedia reflects the investment in time and resources of its community, that language total is all the more impressive and a reminder that, when it comes to taking content and websites global, we’re only just getting started.

Joining Wikipedia on the list of the top 25 websites are regulars such as Google, Cisco, Deloitte NIVEA, Adobe, and Philips. New to the list this year are Uber, Volvo, and Emirates.

The teams behind the websites featured in the top 25 all deserve a round of virtual applause. Because I know acutely well how difficult it can be to build the case for supporting languages  — and how one must continually battle to support usability for all users, not just those who speak the dominant languages of the executive team.

Congrats to everyone on the list — and stay tuned for more announcements in the weeks ahead.

We use cookies to give you the best experience on our website. By continuing to use this website, you consent to our use of these cookies.ContinueRead more