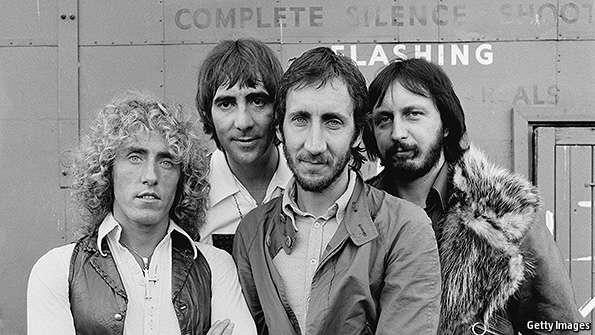 LAST week’s Johnson column celebrated “National Grammar Day” with some thorny grammatical issues: the uses of which versus that, the plural of words borrowed from foreign languages and how to handle one of those things that drive(s) me crazy. All defy attempts to impose hard-and-fast rules, because perfectly good grammar (as practised by the best English writers) points in more than one direction.

This is not to say “do what you feel”. Standard English really does have rules. National Grammar Day types often focus on uninteresting simple ones like the distinction betweenthey’re and their. But the hard stuff is more interesting. A few bits of grammar in standard written English are tricky even for experienced writers and fluent speakers. Perhaps one of the most common problems is the one commonly called “hypercorrective whom”. For this columnist, it really is a mistake.

Poor whom. Not only is mastery of whom scarce; use of whom is in decline, full stop. (Google’s book-search tool provides a striking visual.) Whom is one of the few remaining vestiges of Old English’s rich case system. Since only whom and a few other words (I/me, he/him etc) show case, English-speakers rarely have occasion to think about the matter.

Nonetheless, good writers should master whom: edited prose with who in a place where the objective case (whom) is expected will strike an educated and careful reader as wrong. But worse—as with between you and I—is “hypercorrecting”: using whom in the wrong places. Nathan Heller, who called the who/whom distinction “glorious” and “simple” in a New Yorkerbook review criticising Steven Pinker, himself made a classic whom hypercorrection in another article:

But what about Sir Isaac Newton, whom some contend was autistic?

That should be who some contend was autistic. But the sentence made it past the New Yorker’s famously zealous copy team. That is because the syntax is a lot like variants where whom would be correct:

(1) Isaac Newton, whom some consider autistic

Then again, these phrases are also grammatically accurate:

(2) Isaac Newton, who some contend was autistic

(3) Isaac Newton, who some say was autistic

(4) Isaac Newton, who some think was autistic

The difference can be hard to spot for those unused to parsing or disagramming sentences. A relative clause is like a sentence: it has a subject, and may also have an object. Verbs that take direct objects are called transitive, and consider is transitive:

When this goes into a relative clause, the him keeps its case, becoming whom:

But examples 2-4 have a twisty syntax. The main verb is was, not contend, say or think. The subject of was is who (ie, Newton).

So what are some say and some think doing there? The sentence

Some contend he was autistic

is simple enough. But when it becomes a relative clause in a longer sentence, the word order moves around to

who some contend was autistic

Another way of putting it is to note that unlike consider, contend is intransitive: it does not take a direct object. (You can say she considered him autistic but not she contended him autistic.) If contend can’t take him, it can’t take whom. What is confusing is that contenddoes take a clause that completes its meaning:

Some contend that Newton was autistic.

Because the clause complementing contend looks a bit like a direct object, whom is tempting. But wrong.

Descriptive linguists have shown that whom in a subject role is certainly out there, and so some fight shy of calling it a mistake. Shakespeare used it at least five times. But “Merriam-Webster’s Dictionary of English Usage”, exploring the mess, has just a thin list of examples post-Shakespeare, the likes of This Week Mag, Esquire and one from the New York Times. This is not one of those cases where the excellent researchers at Merriam-Webster can comprehensively beat back a “zombie rule” by showing that it has been ignored in an unbroken chain by great writers over the centuries. Support for subject-whom is too thin to justify rethinking the traditional rule. It will be considered a mistake by most of the people who think about this kind of thing. Writers should avoid it.

What Johnson likes about this case is that it really requires an understanding of some syntax: what a relative clause is (eg, “whom some consider autistic”), the cases and their roles (I, he and who versus me, him and whom), and verbs that take a direct object (consider) versus those that take a clause (contend). To understand this requires going past superficial rules to understanding the plumbing. It’s the kind of thing real grammarians delight in and debate, and so much more interesting than all the shibboleth-fondling over the likes of your versus you’re.